Tried the self righteous pilgrim schedule today ie start before 7:00 (in my case one nanosecond before). So that's where they all are. There was a train of pilgrims all morning pouring into and progressively filling up towns and alburgue beds by lunch time. I was interested to see quite a few of these pilgrims without, or with only small, packs (Imposterous Pilgrimus) Also noted large packs in the hotel foyer with tickets for transport to the next nights accommodation. (Imposterous Pilgrimus Pretendus)

The Meseta continues not to live up to its guide book threats. Today was varied, flat, hills, baking bits, green fields and for the later half flowed along side a canal with trees providing intermittent shade. On the whole very picturesque.

Set a good pace today even though my little toe has been mutilated by the new Salomons that have a slight difference in profile between left and right shoes. I think it's a Swiss brand but they are punched out in a Chinese sweat shop according to the label. I was even congratulated on "setting a cracking pace" (stout man and all that shit) by an old retired British army major. He was a bit if a tosser though so won't read too much into that but it does beat collapsing.

It was much nicer walking in the cool of the morning as anything after about 1 pm is too punishing which is why the locals are all inside with shutters drawn.

Installed in accommodation by 2 is a novelty after 25ks and a welcome one. Will keep this rhythm during the Meseta at least...... Maybe. 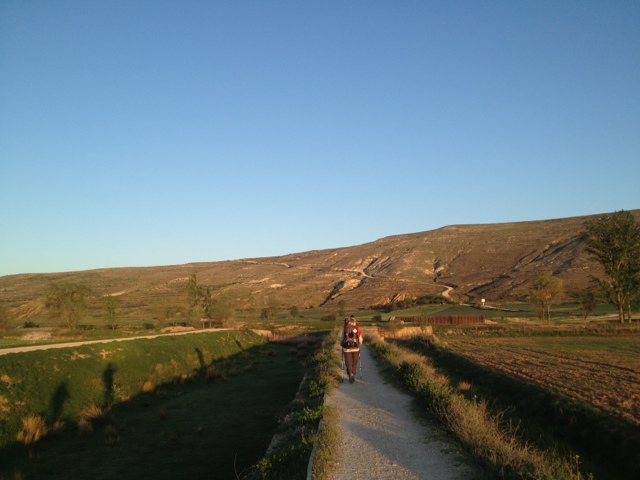 Climb up to the plain first thing 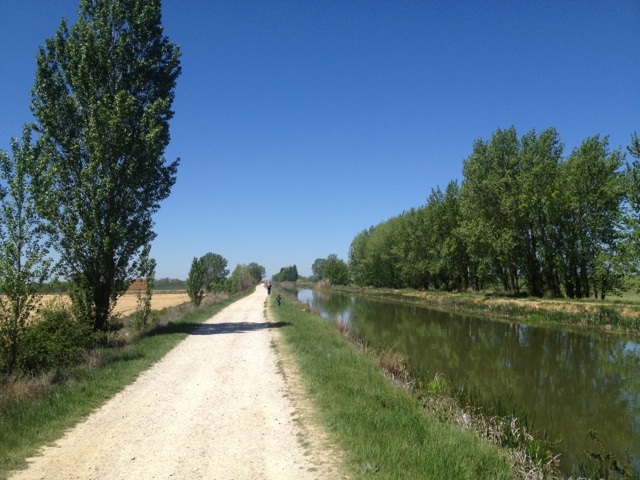 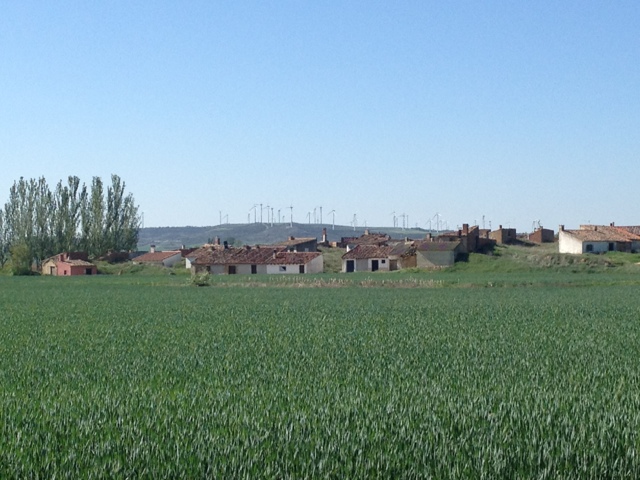