Woke this morning and headed of to Metung for breakfast with Frank, Suz and Anna. Over eggs we hatched the days plan to go for a sail on the Gippsland lakes on Franks Hobbie Cat. So back at the farm all the equipment was made ready whilst I returned Franks beloved Ducati (pic) into its rightfully home on a track stand in his lounge room after yesterday's coffee run.

The rigging of the cat took a wee bit longer than expected as it needs a little maintenance and several key bits either broke or fell off. It t was late buy the time i pushed Frank and Anna off into the water possibly never to be seen again, so I had to get Suz to drive me back to the farm so I could leave for Traralgon.

The ride along the highway was woefully slow so I switched to the back way through Maffra etc arriving later than expected at my mate Theo's for a few celebratory beers and a cigar. 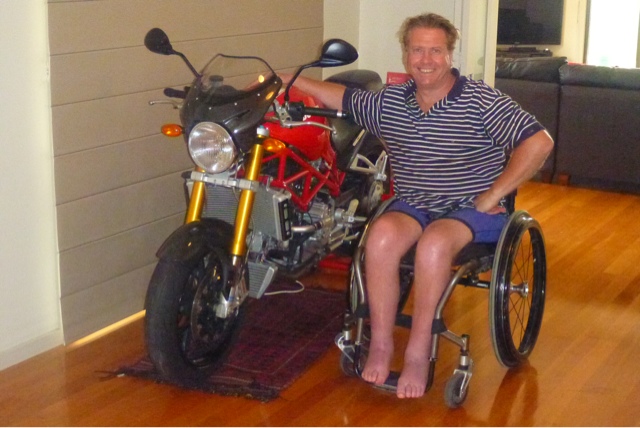