Awoke at 5:30 AM to the ships intercom announcing our arrival at Devonport. The disembarkation procedure for motorcycles is vastly improved this year and were onshore at 6:45. After our ritual Pie, coffee and procrastination at Banjos bakery we rode west to Stanley to begin the Western Explorer adventure.

The Western Explorer starts in earnest at Marrawah  so we had a pub lunch and a corrugation smoothing beer at the local pub before setting off on the 160k's to Zeehan of mostly dirt road. Leasky was a bit tentative, so we had been asking locals about the roads condition along the way. Responses varied from "heavily corrugated not maintained in 20years" to "good, no problems" ie they didn't have a friggin clue. One woman claimed "it was ok but you have to whatch out for the bull dust", Bull Dust? where are we in NT.

Anyway we decided to give it a go and turn back if it wasn't any fun.

The road is silica based made from tailings from a nearby mine at Savage River. it is, therefore, a white snaking track through a green wilderness of forest and button grass plains.  Its truley spectacular when your not looking 50m ahead at the road. It is steep in places but the steepest sections have been tarred. Also it wasn't was very corrugated at all and whilst the odd place had sandy build up that freaked Leasky out to the point of declaring it was "the worst ride of his life" it is a solid road and we rank amateurs(dirt) could avg a speed of 40-60k.  Not much call for standing on the pegs either.

5pm we decided to camp so found a little place off the road to unroll our swags struck a fire and settled in for a peaceful night talking shit. 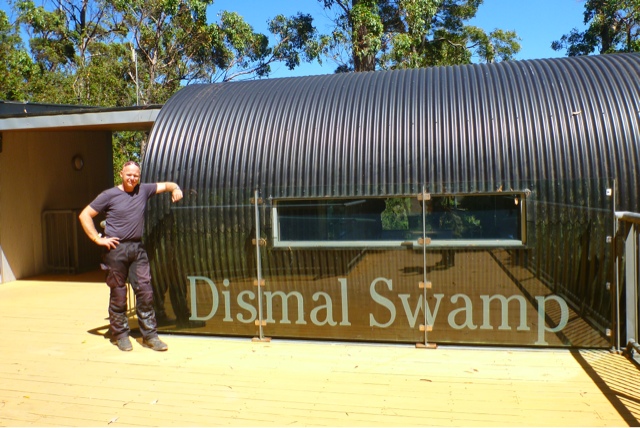 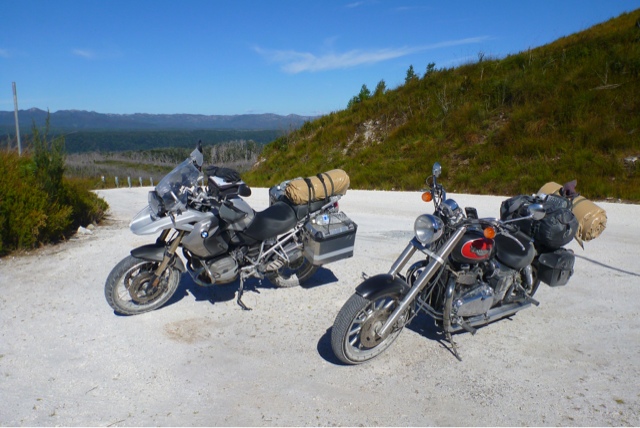