We have re evaluated the trip up to Lofoten islands. The day was an 8r ride and the islands look great but kind of "more of the same". I have been fortunate enough to see them from a ship so seeing it from the road at low speed looked less attractive.

So Sweeden. We headed east and rode  to Umeå. As we approached the boarder the landscape morphed from fjordey to undulating pine forests littered with lakes. And once over the boarder. Yep great sweeping roads and 100kmph. This was bliss getting is under the tires and just touring. There was however about 60kms of dirt and large diameter Gra el due to road works. This resulted in Gerty dropping here bike again and a few more dents in the panniers. One minute she was in the rearvison mirror the next she was a little pile on the ground. I wrestled back and with the help of a truck driver we had her upright and speeding off. Now all was happy until until of course the thunder storm. Yep pissing down and pissing along trying to get to the patch of sunshine we could see in the distance. About 60ks from Umeå we caught the sun and slowly dried out.

We checked in to the coolest hotel right in the middle of town U&ME hotel. A chic self service hotel with brilliant rooms and rates not much higher than a hytte in Norway.

We indulged in a slap up curry and went to the movies to whatched the new Jason Bourne flick. 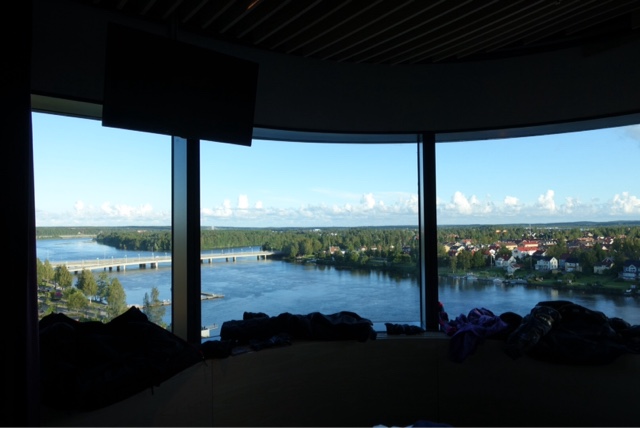 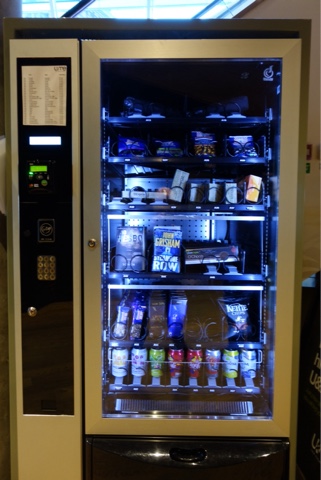 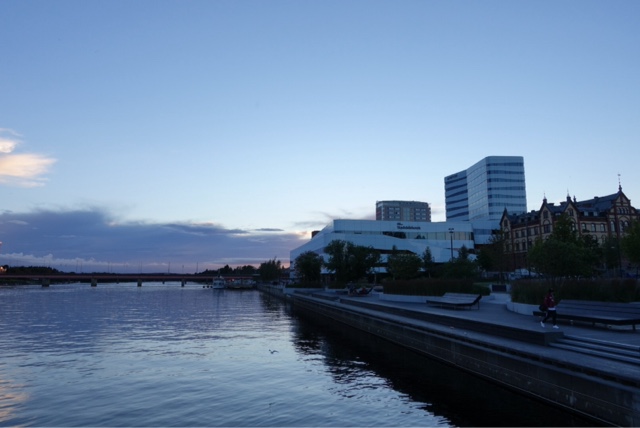 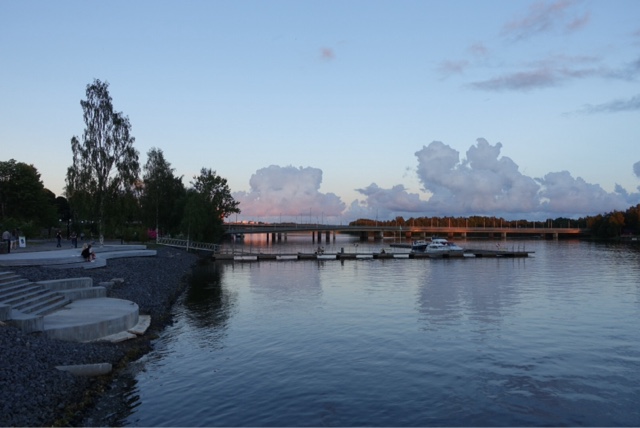