Leaving Champex the route takes us down a valley to La Poya before starting the daily climb.

The climb to Bovine was relentless but not too steep and the views to the Swiss alps and valleys kept me entertained. Bovine has a little farm house that makes extra money buy serving meals. I ordered the Swiss equivalent of a plough mans and a glass of red. It was awesome, all meats and cheeses where produced on the farm(see photo) I could just feel the cholesterol increasing.

The trail from here skirts around contours until gradually (Swiss gradually) winding down to the Col de la Forclaz where we checked itno the hotel. The hotel is the only building on the col and is situated on a main road that appeared to be a motorcycling destination due to the spectacular curves. 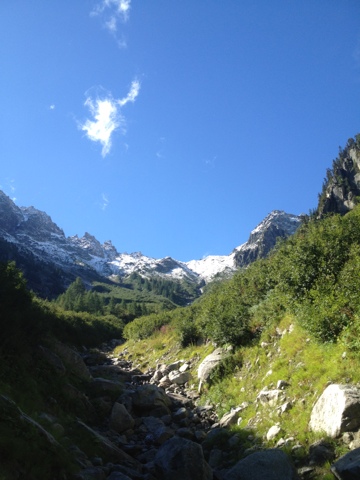 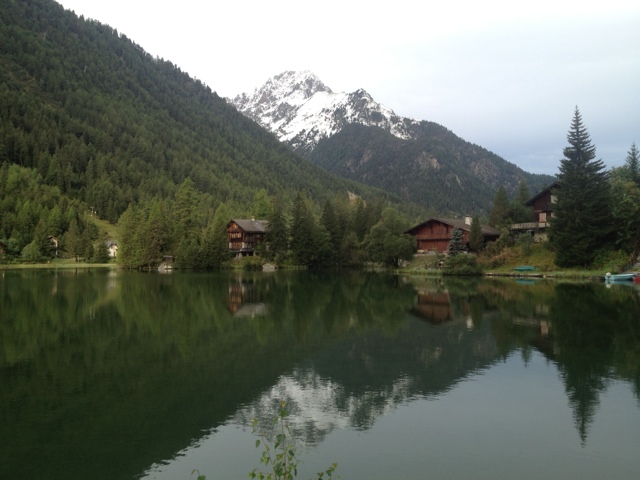 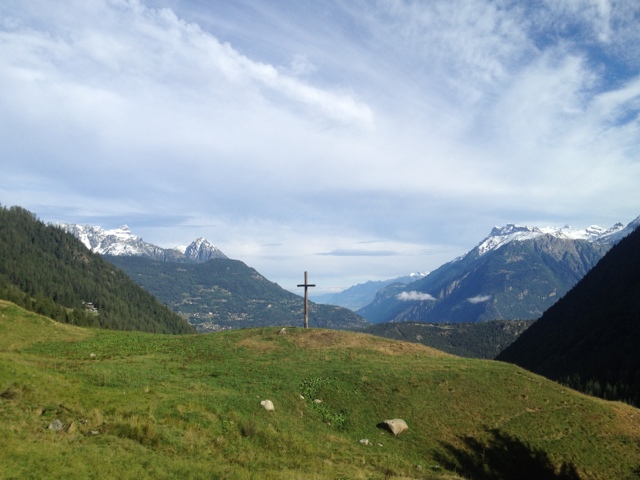 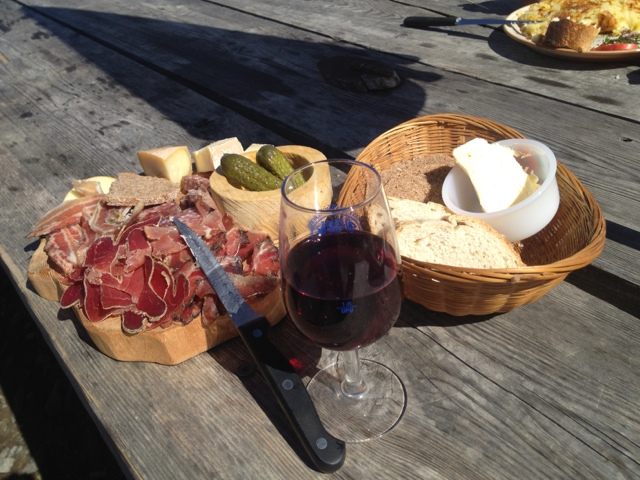 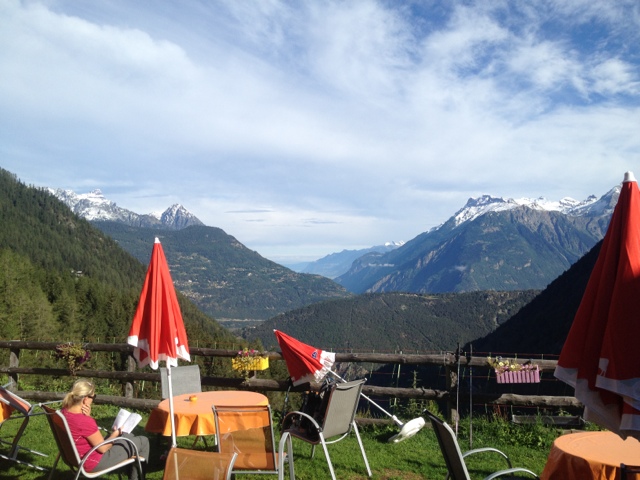 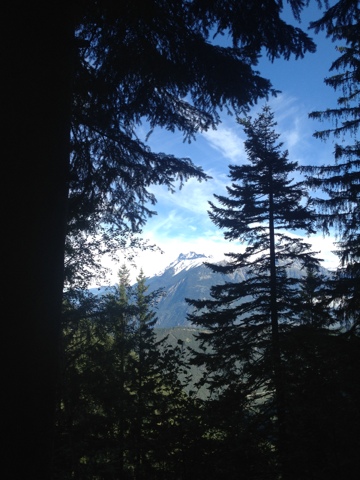