I left mount Isa as soon as possible. Coffee at Cloncurry and then north to Burke and Wills road house where I met a French group of about 30 BMW GS riders with their support vehicle. Jean Claud (of course) was excited to see me as we had the same bike and same hairstylist. He spoke excellent English and introduced me around including to some guy who is a French Rally champion that has completed 27 Dakars (see pic guy in the middle) I can't remember his name, bugger it.

After chatting for a bit and itroducing Jean Claud to Sqwincher I headed north where the road turns to single lane bitumen with wide dirt verges. This makes for very interesting passing of road trains.

I arrived in Normanton to find all fuel stations closed so continued to my destination, Karumba on the gulf of Carpenteria. Along this single lane road I pass a mega flock of Brolgas drinking the water on the side of the road(pic). Unfortunately didn't have the helmet cam on as over about 500m they all progressively took off as I passed by and it was truly spectacular.

The Gulf water looks dirty (I expect it's so you can't see the crocs) but the sea breeze is welcome and supping a beer at the tavern overlooking the gulf is a fitting end to the day. 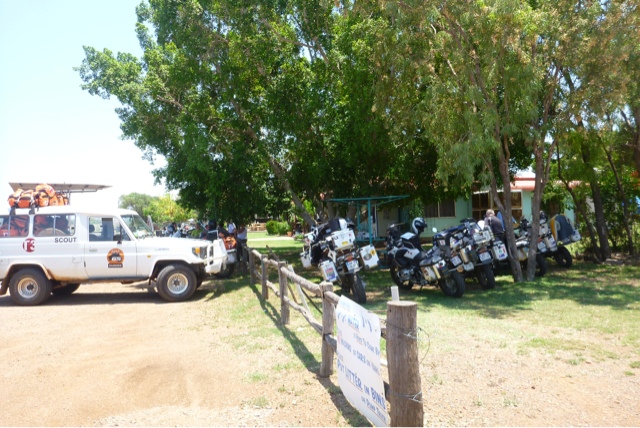 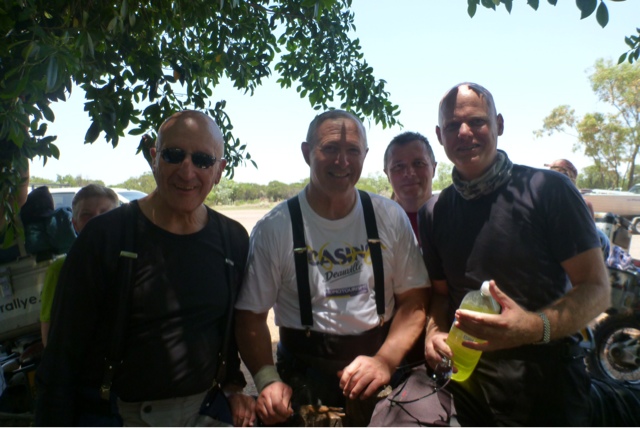 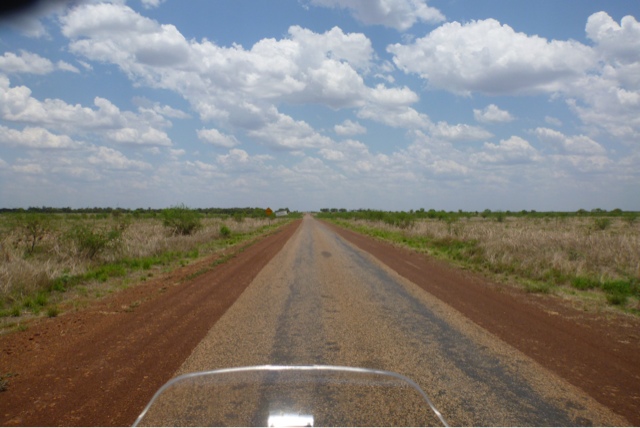 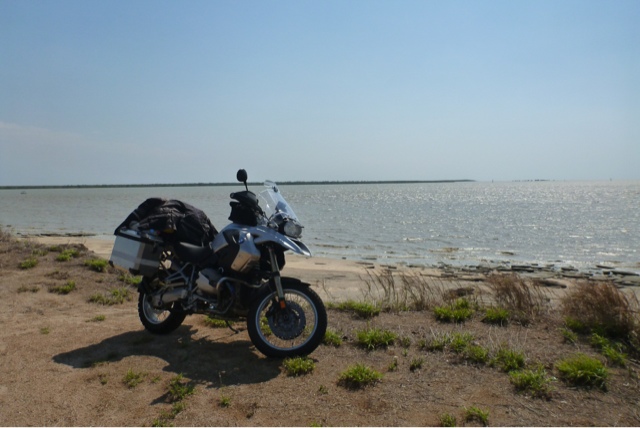 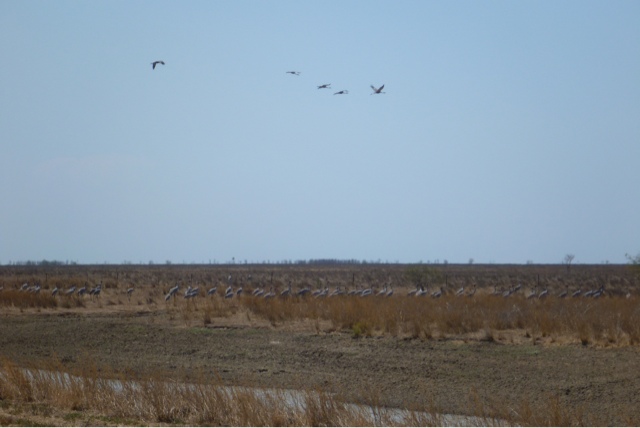 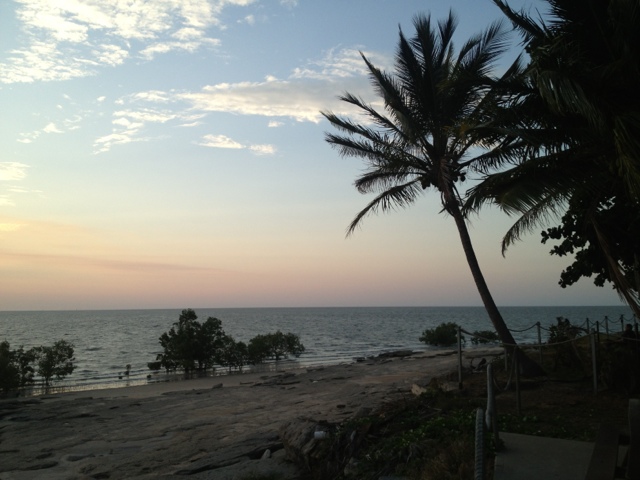 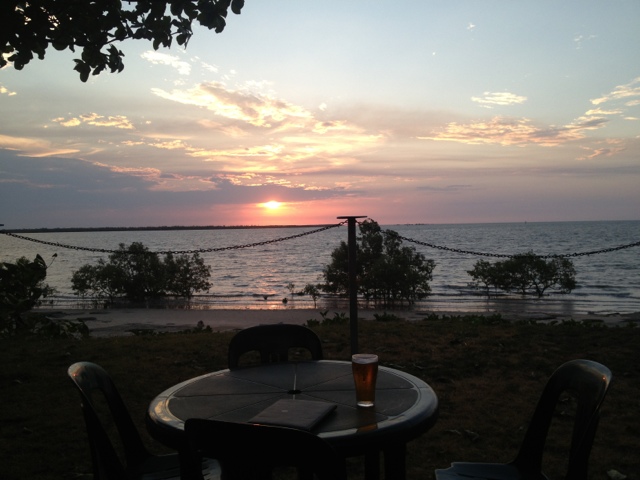